OF THE PRICE THEY PAID

One of God's Generals, Tommy Lee (TL) Osborn passed on to his eternal reward on February 14. T.L. and his wife, Daisy (who predeceased him) will always be remembered for their utmost commitment to advancing the kingdom of God through the preaching of the gospel of Jesus Christ. No stone was left unturned in their relentless pursuit to see millions come to the saving grace of Jesus Christ. It took immense sacrifices on their part to fulfill the heavenly mandate. I remember working as a missionary in Cote d'Ivoire (Ivory Coast) several years back when T.L. hosted a Miracle Conference in the capital city of Abidjan. His darling wife had just gone home to be with the Lord. T.L. had paid, not only for the conference, but the millions of gospel literature books that were given out to ministers at the meetings. What many of these ministers did not know was that TL did not even have a suitable suitcase to carry his personal belongings for that trip. A minister friend of mine who had served as his chaperon mentioned that TL had to personally sit on his suitcase and tie it up with a belt because the case had no proper latches. I am sure TL could afford to buy any kind of nice suitcase he desired but his priorities were not misplaced. His focus was to see all those preachers in Ivory Coast equipped for reaching the nation. Thank you T.L. You inspired us all.

Such a sacrifice reminds me of two other men who touched not only my own life but many others as well. Dr. Lester Sumrall did not only preach the gospel in over 150 nations of the world but he also fed millions of hungry people around the world through Feed the Hungry. He accomplished this God-given mandate through great personal sacrifice. Bro. Sumrall never received a salary from the Church he founded and pastored in South Bend, IN. He directed every penny into the the relief program. I remember in 1995 (at the age of 82) Dr. Sumrall stood up on a gospel campaign platform in Monrovia Liberia to preach the Word. It was a sweltering heat of over 100 degrees, yet he ministered to the needs of God's precious people.

Bro. Russ Tatro, my own spiritual mentor, exemplified the life of a true missionary. My daughters just arrived home from Liberia. They complained about the heat and the lack of electricity and pipe borne water, crowded streets, bad roads and on and on...... They were so happy to be back in the United States. Having accustomed myself to the comforts of America for the past ten years, I can openly confess that I cannot live for a month in any West African city  without staying in an air conditioned home or hotel (shame on me) for a while. I do know from personal experience that men like Bro. Russ endured great discomfort in nations like Liberia and Sierra Leone in an effort to establish the kingdom of God. 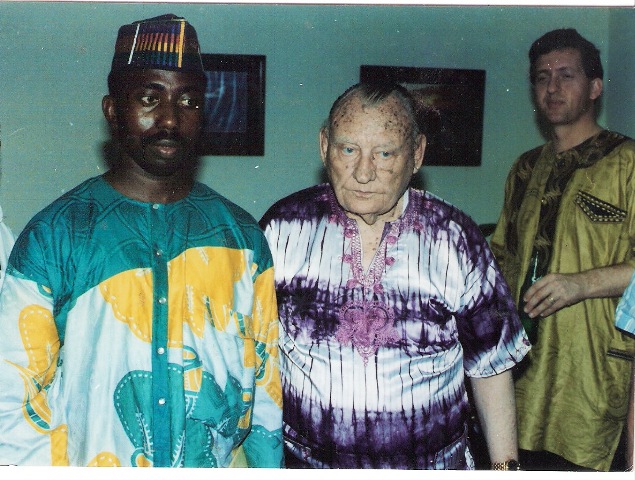 We cannot recount the personal stories here and now as we again salute Dr. T. L. Osborn for having fully preached the gospel.

Dr. Sumrall and Bro. Russ form part of the cloud of witnesses who welcomed T.L. to his eternal reward.

To God be the glory.