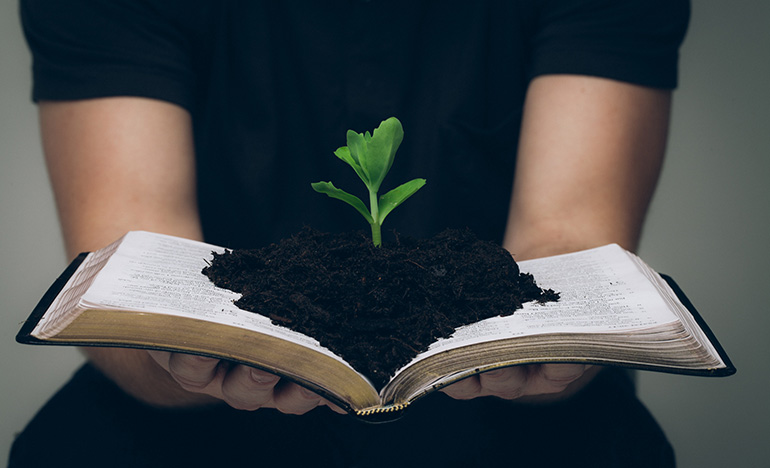 As the whole earth faces the onslaught of the novel coronavirus (COVD-19), the experts, including renowned epidemiologists have been baffled by questions surrounding the cause and effect of this global epidemic. As much as medical answers are being provided as to how to contain this virus, yet it continues to skyrocket as  infects both great and small, rich and poor, young and old and every race upon all continents of the earth. The grim conclusion to date is that no one knows the real cause and cure of the malaise.

The purpose of this blog is to touch on what I believe is the spiritual cause and effect of this disease. Every occurrence upon the face of the earth has its origin in the spirit realm. We recall that God is a Spirit and everything we see in the natural realm originated from Him. By Him all were made, both visible and invisible. First the spirit and then the natural. In the world of sense knowledge that we bask in, any mention of the spiritual is frowned upon as a denial of science or mocked by natural man as a fairy tale. Man's ignorance of the reality of the spirit realm does not negate the truth of God's eternal Word.

God's Word has the answer for any problem earth is faced with. The problem is civilized man has come to the place of denying spiritual realities. The problem of spiritual ignorance is compounded by the Church (Body of Christ) that is more intellectually inclined than spiritually aware or conscious. Spiritual blindness is not only a hindrance to the unsaved but is equally true for the carnally minded or body ruled believers. "To be carnally minded is death but to be spiritually minded is life and peace" (Romans 8:6).

Spiritually, I am of the persuasion that the cause of this plague and any other plague is found in Scripture. Before delving into the Scriptures, we should first describe the nature of this virus based on its name. We do know that the word corona is the Latin name for crown. It signifies that this virus is a ruling virus even though its name was given based on its shape bearing the spikes of a crown. However, no other virus has affected every sphere of human existence as this one. It is indeed as it name portends, a virus that rules like a potentate, a sovereign or a monarch. It bears a "corona", a crown, just as a monarch who goes through a coronation (crowning) ceremony. We Christians should understand that there is a spirit of darkness behind this virus that desires to rule in  the stead of Christ. This is an anti-Christ spirit manifesting itself through a plague. Imagine that in a few months (three to be exact) every corner of the globe knows the name, corona. This spirit must be dethroned. But we cannot accomplish this task which is by the Spirit of course, unless we get to the root cause of its ascendancy.

In Leviticus 18:1-30, we discover that the land (earth)  cannot only be defiled by what humans do upon it but the land itself can revolt against man. The Scriptures clearly teach that the sins of incest, homosexuality, idolatry, and bestiality can bring negative spiritual consequences upon the land (earth). The spiritual dynamics of sin can affect the terra firma. We are not talking about humans here. When Adam and Eve sinned in the Garden of Eden, the earth was affected. Conversely, when Jesus redeemed mankind, "all things (including the earth) were reconciled unto God. All things visible and invisible ( Colossians 1:16).

[Col 1:16-20 KJV]  For by him were all things created, that are in heaven, and that are in earth, visible and invisible, whether [they be] thrones, or dominions, or principalities, or powers: all things were created by him, and for him: 17 And he is before all things, and by him all things consist. 18 And he is the head of the body, the church: who is the beginning, the firstborn from the dead; that in all [things] he might have the preeminence. 19 For it pleased [the Father] that in him should all fulness dwell; 20 And, having made peace through the blood of his cross, by him to reconcile all things unto himself; by him, [I say], whether [they be] things in earth, or things in heaven.

It is from this spiritual insight into the redemptive process that the phrase "Redeeming the Land" was coined.  Note that Jesus reconciled all things to the Father. It is from this revelation that the phrase "Redeeming the Land" was coined. I first was introduced to this subject through the writings of Gwen Shaw, a missionary to Africa. She wrote an insightful book "Redeeming the land: A Bible study on dislodging evil spirits, breaking the curse and restoring God's blessing upon the land", a recommended reading for anyone interested in the subject.

Before going any further on the subject, lets take a look at the global map and see the areas that have been adversely affected by this virus. 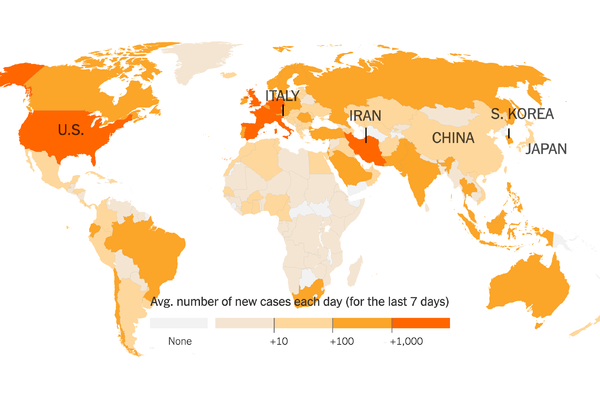 In examining this map, you do not have to be an epidemiologist to see that the highly affected areas have been spiritually marred by the either the sins of idolatry or homosexuality. China, the origin of this crown virus is an atheist nation, In the  European Community, where Italy lies, has been overcome bu same-sex marriages. Of course we know that the Roman "church" has been covering sexual abuse of young men by priests for a long time. The United States, which has begun to embrace the Sodomites is now being ravaged by this virus. Now take a look at the areas  less affected. Almost the whole of Africa and South America. The Church of Jesus Christ has not only been growing by leaps and bounds on these continents but culturally the nations here have taken a stand against the spirit of homosexuality.

This latest challenge to human existence has its root in spiritual realities. It is indeed a war but much more than a natural war. God desires to heal the land (earth) that has been affected by man's ungodly tendencies. Through the Church, the land can be healed, redeemed, and set free from the claws of this crown virus as we proclaim the name of the Lord (the True KING with MANY CROWNS) throughout the land by Prophetic Acts and Actions. This will be the subject of our next blog.